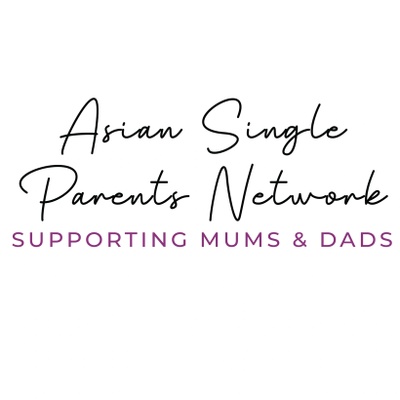 We hope that by sharing member stories, how they overcame adversity and challenges, it will give hope and inspiration to those that are at the beginning of their single parent journey.

Mourn not for what is lost,

Mourn not for what do ‘you think’ was there.

Move forward instead and let it go In knowing

Agggh,  but what of  the pain?

What of the anger and the heartache

Feelings that I cannot feign?

16 years on I realise everything was right.....

A beautiful daughter is here,

A life with abundant experiences I’d love to share

The scars remain... but let them be memories of triumph and not despair!

I don’t think anyone dreams of becoming a single parent, we dream of a perfect life with your soulmate and raising amazing children with them.  I had everything that other people dreamed of.  The big 4 bedroom house in Surrey, the flashy cars, trips abroad 4 times a year.  We were living the life, so it may seem.  However it wasn’t enough, I just wasn’t happy.  My relationship was not what it seemed, I was doing it all, working part-time, looking after my 2 babies, I felt powerless, stuck, not good enough and my self-esteem had plummeted, my health was suffering, in essence, I was exhausted.  I couldn’t see a way out until I couldn’t take it anymore, I decided I’d had enough and the single parent journey begins.

Coming out with the truth

Leaving was the only decision I felt I had.  It was scary, the security, the fear of the unknown, my boys were only 4.5 and 2.5 years old.  Where do I go?  What do I do?  Who do I tell? The shame, the guilt.  I was making myself ill.  I dreaded telling my parents who lived in India.  So many questions and I had no answers. One day I was in a park with my boys, I looked and felt miserable.  My SIL said out the blue, “I know you’re not happy, you don’t need to live this way you know”.  Suddenly the tears flowed and I broke down.  I said “how do you know?”  She said, “We’ve known for a while, it’s obvious”.  I ended up staying a couple of nights and pouring out my heart and soul.  I went home and started to organise my exit plan.  It took 6 months, counseling, and countless trips to the Royal Marsden for diagnostics thinking the worst and planning to leave, telling the in-laws and my husband.  I just knew that year 2008 was the last Christmas I was going to have with all of them.  After Christmas, I plucked up the courage and went to tell them with my A4 clipboard and notes, so I didn’t miss a single thing. They were shocked and said things that I’m embarrassed to repeat. My husband has a lot of issues that they didn’t know about so I can understand their disbelief.

Living with someone for 6 months knowing that I’m leaving was the hardest part of this all.  We were civil, he buried his head in the sand.  I was relieved there were no more arguments.  I had organised a flat for us to live in, the nursery for my youngest and a primary school for my eldest.  I can’t til this day believe how easy everything fell into place.  It’s like the universe had my back.  All the worries and anxiety felt like they had melted away.  I was finally leaving the misery behind and living a new life.  Still scared, still anxious but I was somehow ok with it all.  The day came to pack up and move.  Independence day I called it, well it was July the 4th after all. My husband wanted to help so I let him, and we finally moved to our new flat to start our new life.

It felt weird at first, knew everything and happy again.  Took time to build myself up again.  I got into personal development as I wanted answers and so grateful I did.  We stayed in West London for 4.5 half years and made some wonderful friends.  I joined some social groups and came across Aruna and ASP (Asian Single Parents Network).  I was amazed to see so many women in my shoes and I wasn't alone.  I quickly joined and went to quite a few events.  It was amazing not only for me but also for my boys.  Grateful to have found them.  Their dad and I kept in touch and agreed we wanted what’s best for them and made their visits consistent.  I did meet someone and we dated for 3 years, it was the best experience. We moved to South London and we are still here. I got a job at a school doing science and now that they’re teenagers,  I moved into science management, a job I absolutely love.  I also trained to be a breakthrough freedom coach and I help people all over the world with shifting their negative limiting beliefs, emotions, and fears, I love it. My biggest lesson in all this that I realised I needed to take responsibility for my own happiness and have fun with life and I do just that.

Our first story comes from a former member, Mina Thompson.

The ‘For Sale’ sign had only just gone up and the family down the street were in there like a flash, wanting to have a look around. They had outgrown their more modest dwelling and needed the upgrade to our slightly larger one. At just 7, he was entirely competent doing the tour, pointing out rooms, giving a little detail, here or there, including, at one point, that his parents were getting divorced, which, he explained, was why the house was being sold. The import of those words falling amidst the awkward silence of the adults in the room…, that will stay with me forever.

We had decided he was too young to know what was going on in the time leading up to the divorce, and so when we told him, there was suddenly little time for him to come to terms with it before we prepared to move. I don’t know if there is a right or a wrong time. Years later he told me he resented us both for telling him so late. We had destroyed his security, de-stabilised his life, and he had no say in any of it.

Ten years on and this is so hard to write. Our shattered dreams are the pain of a million shards. We have survived them, but only just. We have moved on, and grown, and changed, are settled happier, and yet… it all remains – those moments suspended in time – just there – within our reach – joy, love, suffering, anger, blame, tears, lawyers, alcohol, shouting, fighting, deep deep depressions. Gouges in our souls. And the light that we created and loved and wanted - so precious – so so precious - caught up in the storm.

Single mom removed from the familiar, in a foreign land. The support structure was not here. It was miles and miles, and oceans away, in different time zones. Just as well they could not see. Their age and ailments and realities could not be burdened upon. It would not have been right. So sucking it up, with lipstick painted on, boarding trains for stretching hours, you stared out windows and willed yourself to keep the thoughts at bay. Because it would not do to come unravelled – not for the weary fellow commuters who would flounder at the awkwardness. Nor the little arms waiting back at home.

There were other moments too. After the divorce. That first 20 minute walk across the field where the kids played football, past the kids play area that was to be just at our doorstep, and the cosy pub with the real fire place with a real fire. That first walk to collect keys to the first piece of real estate that was to be my own (well.., and the bank’s). And when I showed him where we would both now live, and what would be his room, and he gave me the two thumbs up and my heart soared to the skies…, that moment will stay with me forever.

Half a family is double the stretch at the purse strings. My commute was longer, and the funds would go no further than the basic bills, and his father and I could not agree visiting arrangements without an argument, and the blame and anger were close companions at each pick up. The strain was immense. Long day after long day, journey after journey, 10 years of commute culminated my fatigue. And there was no light ahead. It was all untenable. I was falling. “Untenable” - the word pounded my brains. Alarm bells ringing in my head left me for days in bed – a position we could ill afford.

So, I packed up our bags and moved us again. Too soon. We destabilised again. New schools in quick succession. We moved just far enough of a drive where the accents were different but he could still see his dad. But it felt so different for him that it may as well have been a different language. My salvation, though unconnected, became his fire. He didn’t belong. Didn’t fit. Was bullied. Everything changed for him. He suffered. And the memory of that, for him, lingers on.

Forgiving myself will take time. The options were limited. Right or Wrong – these aren’t signs on the roads we take. There are just different roads.

In Black and White, the images – the judgements – they are stark.